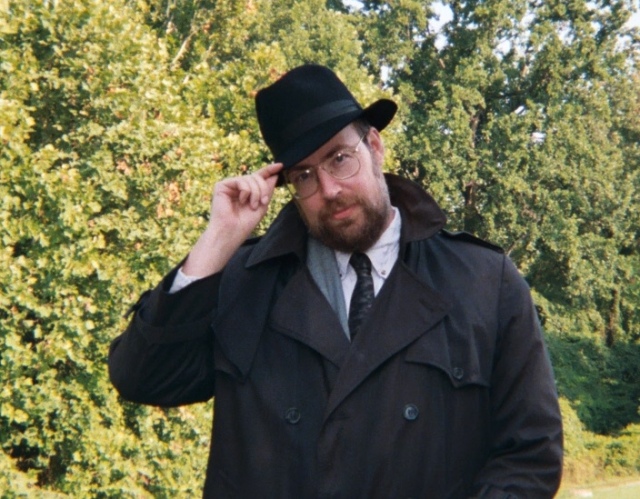 Due to a scheduling issues at the publishers, L Jagi Lamplighter will not be on as originally announced. However, she has arranged for a replacement.

Author John C. Wright returns to discuss his latest novel, Somewhither, from Castalia House publishing.  The book had me at “Aslan in Powered Armor.” Host Declan Finn (Honor at Stake) will be leading the interview.

John C. Wright is a retired attorney, newspaperman and newspaper editor, who was only once on the lam and forced to hide from the police who did not admire his newspaper.

In 1984, Graduated from St. John’s College in Annapolis, home of the “Great Books” program. In 1987, he graduated from the College and William and Mary’s Law School (going from the third oldest to the second oldest school in continuous use in the United States), and was admitted to the practice of law in three jurisdictions (New York, May 1989; Maryland December 1990; DC January 1994). His law practice was unsuccessful enough to drive him into bankruptcy soon thereafter. His stint as a newspaperman for the St. Mary’s Today was more rewarding spiritually, but, alas, also a failure financially. He presently works (successfully) as a writer in Virginia, where he lives in fairy-tale-like happiness with his wife, the authoress L. Jagi Lamplighter, and their four children: Pingping, Orville, Wilbur, and Just Wright.

Declan Finn is the author of Honor at Stake, an urban fantasy novel, nominated for Best Horror in the first annual Dragon Awards. He has also written The Pius Trilogy, an attempt to take Dan Brown to the woodshed in his own medium -- soon to be republished by Silver Empire Press. Finn has also written "Codename: Winterborn," an SF espionage thriller, and it's follow-up, "Codename: Winterborn." And "It was Only on Stun!" and "Set To Kill" are murder mysteries at a science fiction convention.
View all posts by Declan Finn →
This entry was posted in Fantasy, Fiction, Science Fiction, Uncategorized, Writing and tagged Hugo Awards, John C. Wright, The Catholic Geek Radio Show. Bookmark the permalink.