Sorry once again for my tardiness.  I was preparing for the zombie apocalypse (no, seriously, I was).  I’ll tell you all about that later, but first things first. To make it up to you, I’ve finished Dead Beat, so we can all laugh, cry, and scream together.

Buckle up, y’all. It’s going to be a bumpy ride.

Last time, a small group of Wardens met Harry at McAnally’s and handed him a grey robe.  Yes, they asked him to join their ranks. Desperate times call for desperate measures.

Then, they debriefed him on the war.  I don’t think it could honestly be going much worse for the White Council.

Here’s the bullet points.  The Red Court went on a heavy offensive, taking the senior commander of Cairo alive.  Even The Merlin, Arthur Langtry, took the field at Ebeneezer McCoy’s urging.  After a confrontation in Belize, the wounded Wardens were taken to a hospital in Sicily.  They should be safe there, right? Right?

The Red Court showed up.  Just as Cowl warned, someone inside the White Council tipped off the enemy, betraying them all.  Thirty-eight Wardens died that day and many more were wounded.  They escaped into the Nevernever, but, again, they were followed.  The Red Court even called Outsiders, demons of the particularly nasty variety, to hunt the wizards down.  Another twenty-three fell and even more were injured, including McCoy.  The only one there who wasn’t hurt was Carlos Ramirez.

Most of the wounded moved to another hospital in the Congo.  The Red Court once again attacked.  It was during the day so the vampires didn’t attack directly, but instead sent humans after the Wardens.  They used a nerve gas against the wizards, and no one survived the assault.  Thankfully, Harry’s mentor was far too stubborn to go to the hospital.

One hundred and forty-three Wardens were buried.

There are less than fifty Wardens left.

That’s why Warden Luccio was not only willing to give Harry the grey cloak, but offer him the position of regional commander of Chicago, especially after hearing about how Morgan hounded Harry his whole life.  It didn’t hurt that Harry is known for kicking the crap out of baddies that most wizards twice his age haven’t even faced yet.

Needless to say the gang’s reaction to Harry’s new greys was priceless.

Once the initial shock dissipated, Butters delivered his status report.  Sadly, they weren’t able to get anywhere with the numbers, but they were able to talk to Lara.  Thomas tricked her into thinking that if she didn’t help out, Harry would suddenly become very loose lipped about who’s running house Raith.  She told them about a Native American exhibit displaying artifacts and weapons. It made sense it would all go down there, especially considering Corpsetaker helped set it up.

With all this new information, Harry sent Thomas on Murphy’s bike to deliver a message to the Wardens at their hotel (to leave with the clerk, because vampire problems), and prepared to summon Erlking.  Meanwhile, Butters grilled Bob about the world of magic.

The actual summoning of Erlking went pretty well.  Harry even almost kept him contained in the barbed wire enclosure too.

If it wasn’t for Cowl, that is.

Of course he had to wack Harry upside the head and disrupt his concentration.  And the power outage was a nice touch.

Oh, yeah, stealing Bob was a a good move too.

At least Butters managed to take cover with Mouse.

Harry needed to talk to Sheila.  He needed to at least be sure she was ok before he went off to save the world again.

Their reunion was sweet at first.  There was a kiss and an exchange of cute glances.  Then Butters showed up, and asked Harry who he was talking to.

As it turns out, Sheila is Lasciel.

Sadly, no, I’m not kidding you.  She was a projection the entire time.  No one but Harry could see or talk to her.

Harry, my friend, your luck with the ladies honestly stinks.  I really do feel bad for the guy.  First, Susan gets vampire-high.  The not-thing with Murphy is driving him crazy.  Now the mild-mannered librarian chick is actually a Denarius demon who’s trying to seduce him into using her phenomenal cosmic power.  Oh! And that thing with Elaine. Can’t forget about that.

Be that as it may, Harry did manage to figure out what the numbers meant.  They were coordinates pointing to the location of The Word of Kemmler. Frankly, that’s what I thought they were, but screaming “They’re coordinates, you dummy!” at a book probably isn’t going to help a character any.

Butters and Harry sped off to the nearest Radio Shack to find a GPS.  Butters also got a crash course in magical circles.  It was kinda funny watching Butters go from “But I can’t do magic” to “Oooh! I can do the thing!”  The coordinates brought them to the museum in Soldier’s Field, where they found the book near Sue the Tyrannosaurus Rex.  Harry speed read it just in time to be interrupted by Grevane and Liver Spots. Who happens to be a former Denarius carrier.

Oh, have I ever mentioned that I hate snakes? I really hate snakes.  And this book didn’t not help me like them at all!

Quintus Cassius, aka Liver Spots, uses magic snakes… and he’s a creep, and I’m not ok with him.

So after hogtying Harry with … snakes, he proceeded to interrogate Harry about the location of his coin.  With a Louisville Slugger and a knife. Luckily Butters and Mouse came to the rescue!  Mouse took on the snakes, and Butters attempted to do something about Quintus.  And it surprisingly worked.  Except for the death curse thing.

While unconscious, Harry had a long conversation with Primal Harry and Lasciel.  It ended with him freeing demon chick.

There is an upside though.  He was able to use necromancy to bring Sue the Dino to life.  The downside is he freed a freaking demon!  Really, Harry? Really? 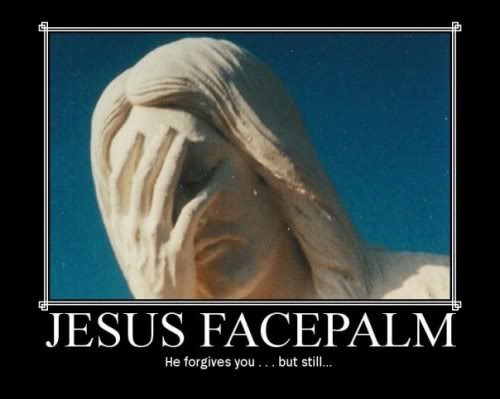 Anyway, eventually he meets up with the Wardens.  There’s a huge battle.  Corpsetaker freaky-Fridays Luccio. Morgan looses his temper, because Harry shot Luccio’s body that wasn’t really Luccio anymore.  Eventually it all got cleared up, and Ramirez hitched a ride on Sue to go kick baddy butt.  Grevane got shanked by Ramirez.  Bob borrowed the dino body.  And once again the day is saved thanks to t-

Yeah, you get the idea.

Harry did get the book to Mavra in time, so Murphy is also safe.  Morgan became the new Captain of the Wardens, and kept Harry as regional commander.

And Harry got paid.

All in all, an amazing ending to one heck of a ride.