I was recently asked to write about Catholicism in my novels. Going through Honor at Stake, one might pick up on the fact that I’m Catholic. It’s only in about a quarter of the novel, after all. I built my vampires around Catholic metaphysics. Whether or not they’re adversely effected by religious icons or not revolved around free will.  Vampires are possibly connected to the nephilim … okay, that part isn’t so original.

Even my romance segments are Catholic — because unlike most romance novels, my characters don’t jump into bed with each other during an adventure that lasts a week, or a month at the outside.

Though I must admit, even the reviews I’ve gotten from atheists liked the way religion was handled.  It’s strange.

But the answer still stands, and it’s simple: Catholicism informs my view of reality, mostly through Thomas Aquinas.  Why? Because I have degrees in history and philosophy.  Yes, I’m a nerd of many colors.  But still, it really does inform me on reality.

Now, obviously, I’m not using Thomas Aquinas to explain science to me. But Aquinas does come in handy to go the next few steps beyond what science tells us. And, for the most part, Aquinas still works (I say “For the most part” to cover my backside on this, I haven’t read every last word Aquinas has ever written).

But then again, I’m strange.  I don’t really have faith that God is real. I Know He’s there. Don’t ask for the details, but let’s just say that I view it as common sense. (Am I dissing atheists? No, just the ones who throw insults at me — I’m looking at you, Dawkins.)  There’s no other way for the world to work, really.  Though my brain’s kinda funny.  Does this make me super-Catholic? No. Because I’m still human. And my preferred deadly sin is wrath — so much so I’m relatively certain that I might be a spree killer if I wasn’t religious.

So yeah, my head works funny.

Heck, my entire writing career has been warped by Catholicism. Well, that and Babylon 5. My first writings involved creating a missionary order that was specifically wanted to convert aliens. I called it the Holy Order of St. Patrick. Because I’m a little Irish here and there. I had priests, I had the Pope, I had what may eventually be the only argument, ever, for female priests (it requires the discovery of aliens, and a lot of conversation).

Heck, the character I ended up creating was a Sean Patrick Ryan, raised by a missionary order in the 2360s … though it may be the 3360s by now, it’s been a while.

When I ended up writing thrillers in the 21st century, I started writing a book called It Was Only on Stun! (a murder mystery at a science fiction convention) and when I was trying to find a name for the insane security consultant I wanted, he became Sean Aloyius Patricus Ryan. Complete nutjob.

When I went to get a masters degree in history at St. John’s University, I tripped over the full details of the Pope Pius XII controversy. The research made me so pissed off, I had family members listen to me and declare “Torquemada Lives!” I turned it into a three-book series that had Soviet spies, an Africa Pope,  trying to bring the Catholic Church up on crimes against humanity (sound familiar?), and ending with an attack on the Vatican.

And for the record, no, I did not just get angry because I knew of The Scarlet and the Black, I mean the whole thing — you might remember I blew up about it a while ago on Twitter. I’ve blown the better part of the last decade on Pope Pius XII. The stupid around it makes me insane.

Heck, my Catholic world view even led me to write a Catholic revenge novel

At which point, I heard you ask, “How do you write a Catholic revenge novel?”

Heck, how do you write a Catholic thriller that doubles as a science fiction novel, including the requisite dystopia?

To full answer the latter question would involve spoilers, so if you’d like the answer, you’d have to read my science fiction novel Codename: Winterborn, which has all of the above elements, as well as a sequence that involves Catholic missionaries riding to the rescue.

First, let’s look at the standard revenge novel. Take someone who has an abundance of combat skills, and then promptly kill off a girlfriend / boyfriend / spouse/ fiancé(e) / best friend / random family member. After that, you have said person go on a murderous rampage, and (usually) a person of the opposite sex to replace the person killed off in chapter two. This is a pretty standard plot, filled with the usual clichés.

However, last time I checked, there is no such thing as revenge in Catholic doctrine. At least, not the last time I read the Baltimore Catechism (okay, it may have been more of a scan than a reading). Killing people just to make you feel better isn’t justifiable. Catholics forgive our enemies and move on, even if our every instinct is to rearrange their dental work with a hammer.

Then again, there is an argument that can be made in Catholicism – via the natural law of Thomas Aquinas – for tyrannicide (killing a tyrant who needs killing). You could take the example of suggesting that someone should shoot Saddam Hussein, and thus preventing a war, as well as preventing his routine slaughters.

In Codename: Winterborn, intelligence officer Kevin Anderson is sent on a mission to the Islamic Republic of France – yes, France – and his team is betrayed by the politicians on the Senate Intelligence Committee. And just how do you arrest a senator in the United States? There has been more than sufficient evidence to arrest senators on everything from bribery and corruption to manslaughter, but no one leaves in disgrace, and if anything happens, they get a slap on the wrist. So, what’s a lone spy going to do against 14 senators who have betrayed their country, and who have not only killed his friends, but will probably kill others in the future?

Welcome to a new look at tyrannicide in a democracy – enforcing a new definition of term limits. Yes, I just stole a term from Aquinas to work with. I did so in the novel too.

Welcome to how bizarre the inside of my brain works.

Is it morally ambiguous? Depends on how fine a line you walk. And how much fun you have pushing your main character. Most of my lead characters are highly detailed, and make choices that I don’t see coming.

With Kevin Anderson, he has thought out his actions, and has come to the conclusion that the only way to protect the country is to fulfill his oath to defend against enemies both foreign and domestic – and these folks are very domestic. Rational, reasoned, and his actions fit within his conscience.

Unfortunately, then you get to a sticking point – when does a righteous cause become entangled with a personal vendetta? All the reason in the world can’t separate a person from his own emotions for very long. What happens when Kevin Anderson starts to enjoy his work? Answer: his conscience gut-punches him and leaves him crying into his New England clam chowder (long story).

In short – the key to Catholic “revenge novels” is making it so that the protagonist isn’t an insane, vengeance-driven fruitcake. The lead must be thoughtful, and reasonable, and s/he should take great care that the actions taken aren’t driven solely by revenge. And should the lead fail on the latter, s/he should stand up, dust themselves off, repent, and try harder next time. The bad guys aren’t the only ones who need redemption. We all do. If everyone could easily be perfect on their own, there would be no need for the crucifixion.

And the Catholic missionaries in act three are another story … I decided now would be a great time for the Holy Order of St. Patrick to be created. A Catholic priest would be thrown in a Chinese gulag, escape, and make plans to return to convert the population — much like Patrick had done with Ireland. Only this group of missionaries would be trained in hostage negotiations and “how to convert the newly disarmed.”

Yes, I can make almost anything Catholic. We won’t even go into the commando priest or the Catholic Mossad officer. Then things would just get strange.

The long and the short of it is that I’m Catholic, and forever influenced by it. Heck, I’m not even certain that I believe in Catholicism so much as I knew it’s true — mostly because it’s the only thing that makes sense to me. It’s how  the world simply is.

It’s where I — and I suspect many of us here — would make our stand. And if the world doesn’t like that? Well… 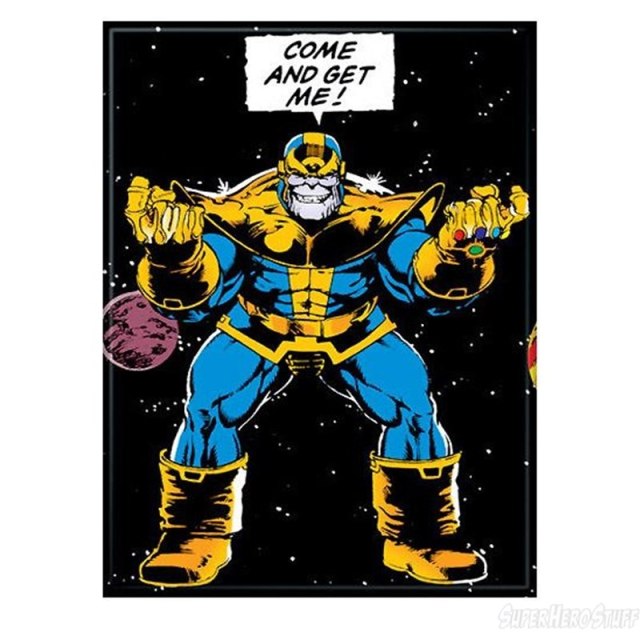 Declan Finn is the author of Honor at Stake, an urban fantasy novel, nominated for Best Horror in the first annual Dragon Awards. He has also written The Pius Trilogy, an attempt to take Dan Brown to the woodshed in his own medium -- soon to be republished by Silver Empire Press. Finn has also written "Codename: Winterborn," an SF espionage thriller, and it's follow-up, "Codename: Winterborn." And "It was Only on Stun!" and "Set To Kill" are murder mysteries at a science fiction convention.
View all posts by Declan Finn →
This entry was posted in Fiction, Mystery, Romance, Thriller, Writing and tagged Catechism of the Catholic Church, Catholic Church, Catholic Fiction, Catholic Themes, Catholic Writer's Guild, Catholicism, Honor At Stake, Science Fiction, St. Thomas Aquinas, vampire, vampire novel, Vampires, Writing. Bookmark the permalink.