The Catholic Geek: Michelle Buckman, Death Panels, and more 09/06 by We Built That Network | Books Podcasts 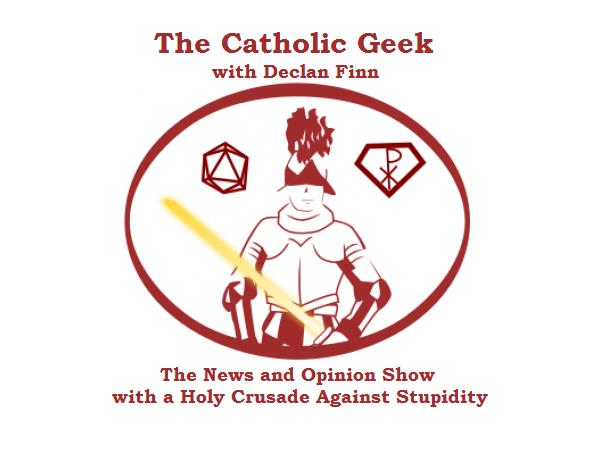 Host Declan Finn (author, Honor At Stake), will interview Catholic Writer Guild member and author Michelle Buckman, who penned a book called Death Panels in 1994. Expect that we’ll be talking about Planned Parenthood, abortion.and some of the more recent stupidity. Michelle Buckman is an award-winning author of six novels. Her stories have been termed ‘Grit Lit’ as they offer compelling perspectives on contemporary issues. Michelle also an international speaker, writing workshop instructor, and magazine editor. Walking on the beach is her favorite pastime and her greatest source of inspiration.

From the opening Monologue

First, onto old business. You one of our guests has a stalker. He was apparently not listening last weekend. I know because the stalker confronted me on Twitter to tell me he wasn’t listening. Why? Because it was tell and boring. Uh huh. How he can tell it’s boring without listening, I don’t know. But he apparently divined that I was boring and my voice was annoying. What part of voice for silent films does he not understand?

Anyway, if said creature from the black lagoon is listening, then I invite him to crawl back under the rock from which he came. Otherwise, find a nice bridge to move under. As I live in queens, I can suggest a few. But for him, I suggest the Hellgate.

Now, new business – My book, Honor at Stake, is live and at – I think – every online vendor, including Amazon.com. The reviews are in. The reviews are good. Ten reviews on Amazon in the first week, 8 of them are 5-stars, and only 2 are four stars.

Declan Finn is the author of Honor at Stake, an urban fantasy novel, nominated for Best Horror in the first annual Dragon Awards. He has also written The Pius Trilogy, an attempt to take Dan Brown to the woodshed in his own medium -- soon to be republished by Silver Empire Press. Finn has also written "Codename: Winterborn," an SF espionage thriller, and it's follow-up, "Codename: Winterborn." And "It was Only on Stun!" and "Set To Kill" are murder mysteries at a science fiction convention.
View all posts by Declan Finn →
This entry was posted in Fiction, Rants, Writing and tagged Abortion, BlogTalk Radio, BlogTalkRadio, Catholic Writer's Guild, John Ringo, Larry Correia, The Catholic Geek Radio Show. Bookmark the permalink.