The other day, I mentioned how I made Honor At Stake (OUT THIS TUESDAY, SEPT 1) a book out of Buffy-inspired fan fiction. But how does one do that?

In the beginning … get the vampire lore down.  How does it work?

Step one: I want my Dracula back.  And I mean the original Bram Stoker. Something that made sense. 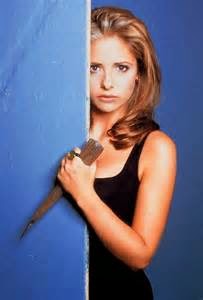 In the Buffy verse, those who turn into vampires (while they MIGHT have the personality and characteristics of the people they were when they were alive), are basically possessed by a carbon copy of a demon.  Which is one way to make the original Dracula story make sense, especially with Lucy being pure and virtuous when alive, and a killing machine when she develops fangs.

But do I want to do that? Seriously, that seems very quick and easy, doesn’t it? Instant killing machine? I don’t want to use something that could be a cheap knockoff.

Though on the other hand, I want crucifixes and holy water to work on these creatures of the night.

Why? Because I am sick and tired of these secularized vampires in my vampire fiction. Even Fred Saberhagen, whose Dracula novels I loved, ejected religion almost entirely.

I want that back. Yes, I had no problem with Saberhagen doing that, but he was the first in my experience to do that … about twenty or thirty years ago.

Another reason I wanted  religious artifacts to work on vampires?  Logically, if left unchecked, the forces of darkness would easily overrun everybody if they so desired. And if there are demons from Hell, there is going to be a God in Heaven. And He will do something to cover our asses. Thank you. Period. The end.

… In which case, then what?  No, seriously, if I’m not going for instant killing machine, just hemophagic, how do I make vampires affected by holy items?

Because here’s the most important question: How am I going to circumvent free will?

One of the things people may not be aware of with me is that I play video games.  Yes, I’ve blogged about it before on The Catholic Geeks, but it’s been a while.

One of the more important parts of many role-playing video games is Aristotle’s ethics: character is shaped by one’s actions, motivations, and even words and thoughts.  What we do is who we are. We’re formed by actions.

And what if it’s the same for vampires?

Thus, the more evil or virtuous they are, the more powerful they become.  Day to day people, who just want to get home and take a nap after a long day at work, will probably be generally unaffected by holy artifacts, but they won’t be very powerful either.  The vicious have problems being within line of sight of a church.  The virtuous have no problems.

…. How does that work though? 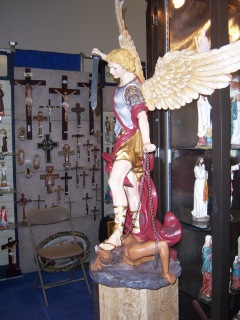 If you look through the philosophy of St. Thomas Aquinas, he created an outline of the abilities of a post-resurrection body. This would include the ability to rearrange the atoms of one’s body to slip between the spaces of the atoms in a wall — because a post-resurrection body would be something the owner would have complete control over, because the soul would be so bound up with the body.

Well, if that’s the case, why can’t we expand this list into a this hypothetical extension that includes shape-shifting? Like into a bat or something?

In this case, that would make vampirism an imperfect resurrection — or an imperfect death. If it was perfect, they wouldn’t need blood.  Heh.  And the actions that form the vampire would join the body and soul tighter together, and thus increase the vampire’s control over their own body, and then can do dang near ANYTHING. ANYTHING I SAY! BWAHAHAHAHAHAAHAH… 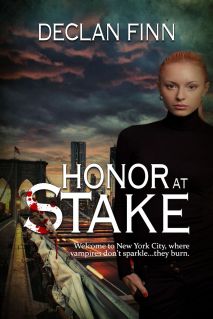 So, this might be the start of something big. I’d be able to keep crucifixes vs. vampires. I could have good vampires, evil vampires, and all of the Dracula-esque superpowers.

Hmm… does that mean my vampires are walking corpses with fangs and a personality? Or are they alive?  Answer: perfect control means they don’tneed to breathe or eat, but they can if they want to. And let’s face it, if they keep their body processes going, they create blood by eating regular food.

We won’t even go into blood from the chalice. Heh heh heh.

The next step, of course, is to add vampires to our history. Were vampires part of the French revolution as part of the nobles being beheaded, or were they part of the peasant rushing forward to catch blood with their bread? Do I have Nazi vampires? Commie vampires? Why not both? After all, why else would they have death camps? Of course, this would require some vampire spies, right? Ooh, a Cold War with vampires, isn’t that fun?

Obviously, this can go on for a very, very, very long time.

And I’m a historian by training, so guess what? I have more background than I have wanted for creating vampire biographies.

This was all so much fun.

Declan Finn is the author of Honor at Stake, an urban fantasy novel, nominated for Best Horror in the first annual Dragon Awards. He has also written The Pius Trilogy, an attempt to take Dan Brown to the woodshed in his own medium -- soon to be republished by Silver Empire Press. Finn has also written "Codename: Winterborn," an SF espionage thriller, and it's follow-up, "Codename: Winterborn." And "It was Only on Stun!" and "Set To Kill" are murder mysteries at a science fiction convention.
View all posts by Declan Finn →
This entry was posted in Fantasy, Fiction, Horror, Personal Posts, Romance, Video Games, Writing and tagged Buffy the Vampire Slayer, Dracula, Fred Saberhagen, Philosophy, Role Playing Game, RPG, St. Thomas Aquinas, vampire, vampire novel, Vampires, Video Games. Bookmark the permalink.