I read Honor at Stake at the request of the author, Declan Finn. He needed a review, and now he’s got this one. Cue the maniacal laughter!

Nah, I’m just giving a fellow blogger a hard time, really. Honor at Stake was a thoroughly enjoyable read, and I recommend it to everyone who likes reading about vampires getting staked, chopped, burned, shot, or drowned in holy water.

Oh, and not a single one of these vampires sparkles.

Usually, my reviews contain a ton of spoilers, because I like to really analyze what goes on in the plot (see my reviews on Cinderella or Old Fashioned, for example). This time, though, I don’t want to spoil it for any potential readers, so I’ll keep it vague.

Meet Marco Catalano and Amanda Colt. One of them is a sociopath, and the other is a vampire. That much you get from reading the back cover, so I’m not giving much away. You wouldn’t think that you’d really love two characters who initially sound so evil, but you do. Declan really seems to like affirming that we all have free will, and what we choose to do is more important than any fault we might have, including a sociopathic personality, or a vampire curse, and he uses a good story to do it (no, this is not message fic).

Now, don’t freak out. This is not another Twilight story, where the vampires are really just poor, unfortunate souls who want to live a normal life, and pick high school as said normal life (seriously, what glutton-for-punishment actually wants to re-live high school? Are you insane? Anyway, back to the point). Imagine what would happen if the “good vampire” concept actually made sense. That’s what happens here. It’s not some mushy mealy-mouthed high-school plot line with wishy-washy angst-ridden vampires. The reason for these “good vampires” makes perfect sense, and not just in the plot. It makes theological sense.

It’s equal parts monster-killing action flick, clean romance, and character study, with some amazing humor thrown in for good measure. At some points, I was having trouble keeping myself from laughing out loud in the office.

I have only one, very minor criticism: it starts a little slow. The opening sequence is exciting, making you think, “Wait, what just happened? Hey! Go back to that bit!” and so you keep reading. It takes a while to pay off that particular set up, but it does happen, and after that, it’s one of those books that you can’t put down until it’s finished. So keep reading. It’s worth it.

The characters are interesting and loveable, even the side characters, like Marco’s father, for example. Add in a solid old priest, a few gangsters with consciences, New York cops, FBI guys, and some Vatican ninjas, and you will be entertained for hours. 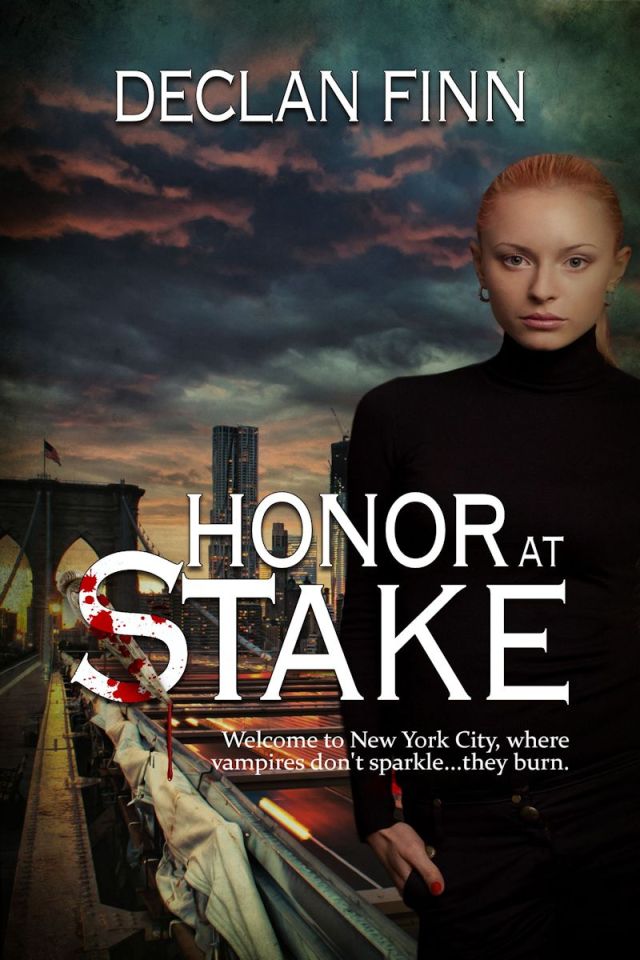 10 Responses to Review: Honor at Stake