A hitman, a psychotic psychiatrist, an Aussie, a crocodile, a gangbanger, and a Japanese vigilante all walk into a bar. That sounds like the set up for a really bad joke, and in a lot of ways Suicide Squad could be interpreted as such. It was loud, colorful, and just trippy enough to make one wonder if the writers were on anything when they wrote it.

That being said, I thought it was very well done.

Last night from about 10:00 pm to 12:00 am, I got to see some of my favorite comic book villains come to life in a way I had never even dreamed of seeing them. Will Smith as Floyd Lawton was, for me, the star of the show. His character arc was probably the best out of everyone’s in the way it related to the overall plot. Sadly, I can’t say more since I’m trying to avoid as many spoilers as possible. This was only released today, after all.

Killer Croc, portrayed by Adewale Akinnouye-Agbaje, was visually really cool. He had the feel of the Killer Croc from Arkham Asylum but he looked like a stereotypical gangster. Throughout most of the film, he was portrayed as either an animal or just your typical “hired muscle,” but he got his moment toward the end. As an added bonus, he was funny.

The last Squad member I’m going to touch on specifically, since I’m only doing my top three, is Margot Robbie’s Harley Quinn. She has been one of my favorite characters since I first started reading comics back in ninth grade. This film met and in some ways exceeded my expectations for her character. The audience was given a female lead so lost in her insanity and love for her “Puddin’” that it influenced the decisions she made. Her motivations throughout the entire film were driven by her twisted sense of love for him, and their interactions were well done. 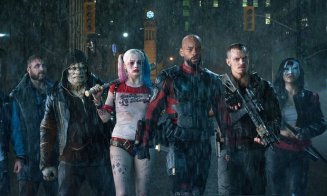 I can honestly say that I don’t know what I thought of Jared Leto’s Joker. He had some high points and some low points, and I think he will from this point on be thought of as “Pimp Joker.” One of the high points of the film were the flashbacks showing Harley’s origin, and the Joker’s interactions with her there—his manipulation of her and their representation of a newer comic book addition to Harley’s origin story coupled with classic images and references to the comics—were great. Leto possesses the Joker’s insanity and cunning, but he was so original in his presentation of the character that it was almost impossible to compare him to any previous material.

As for the plot… I can’t say too much about it. I thought that it lent itself to a fun film, but as a story it was rather predictable. That’s all I can say without giving away spoilers.

While the film was great, it could have been a lot better. I think that one of the reasons DC films don’t perform as well in the box office as Marvel films do is because DC tends to cater almost exclusively to comic book fans. Most of what makes their recent films so enjoyable are references to the comics, so to enjoy them the viewer has to have at the very least some specific knowledge of the source material.

I walked into Captain America: The First Avenger a few years ago with almost no knowledge beyond the fact that Cap was a guy with a shield and was able to understand and appreciate everything that was going on. I highly doubt I would have enjoyed Suicide Squad as much as I did if I hadn’t read a ton of Batman comics over the years, done research into the characters, watched the Suicide Squad episodes of Arrow, and read a handful of Suicide Squad comics. Throughout the film, my mother (who is a casual fan of comic book films but has never read any of the comics) was constantly asking what the point of the Squad was, what the characters motivations were, and why were they doing some of the things that they did. A lot of reviews I read felt that the film was mashed together and didn’t make much sense. While I disagree, it seems that I’m coming from the perspective of being both a comic book and film fan, not just a film fan.

I would definitely recommend Suicide Squad to anyone who wants to see it. As a Catholic, I found that aside from the over-sexualization of Harley Quinn and the fact that Enchantress was wearing what was essentially a tribal bikini, there was nothing too terribly questionable. Yes, there was comic book violence and a bit more language than your average Marvel film, but it stayed within the bounds of the PG-13 rating it received. If I were a parent, I would not take the kids to see this one, but it is definitely an enjoyable film. I personally cannot wait until I can go see it again. 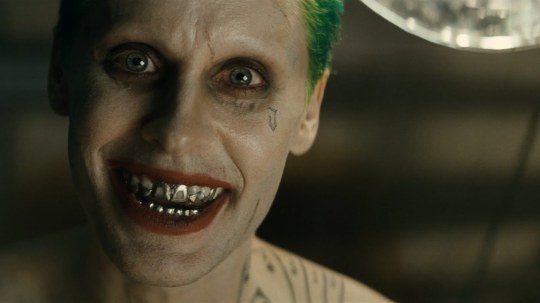 I'm a writer and a cosplayer who's just trying to have some fun with what I do! I hope you all enjoy my site!
View all posts by Hannah Rose →
This entry was posted in Reviews and tagged DC Comics, Deadshot, harley quinn, Killer Croc, Suicide Squad, The Joker. Bookmark the permalink.