Posted on January 29, 2018 by Declan Finn
If you’re like me, you’re a little weary of posts about awards. Though I’m of the persuasion where I ignore everything but book awards, and I still ignore most of those.
This will be a quick reminder for those out in the wide world of the Internet that there are several interesting awards up for the taking, and you might want to try them, because fans of Geekdom can chose the winner.
This will be only a preliminary list, one that I hope will serve to start discussion. In part because there are several awards that need more attention, and in part because there are books that I think deserve attention. 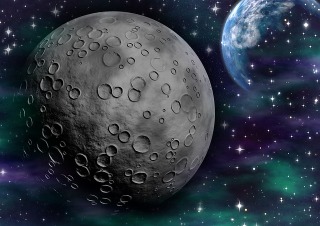 This one is solely a book blogger’s award. They have two categories: short and long. Click on the above link for the instructions.

But if you have a blog and write about books, knock yourselves out.

I have only two books from last year that qualify, I think: Live and Let Bite and Good to the Last Drop, books three and four of Love at First Bite.

Yes, I only released two books last year. Everything else was in a short story collection.

Though JD Cowan has already put Drop up for this award. Who knew?

The really important thing though? If you are a book blogger, you need to have your nomination in by February 14th, 11:59 PM US Pacific time.

That’s TWO WEEKS FROM WEDNESDAY. If you have a book blog, get cracking.

Technically, this has been open since October, 2017. In part because everything eligible for nomination is first published between 7/1/2017 and 6/30/2018.

You can the here to start voting.

Technically, I’ve got a single book that is eligible: Good to the Last Drop, book 4 of Love at First Bite.…This, of course, will be a problem with having Silver Empire rerelease Love at First Bite: Good to the Last Drop will not be available for purchase for the majority of the voting process. So, sure, I’ll throw my hat in the ring, but I’d put this as less likely to even get the nomination this year than in previous years … and I was 50/50 on whether or not that would happen. (If you have not yet read Good to the Last Drop, buy it now before it is removed from the shelf. That should be around until the end of February. You’ve been warned).

If you want my thoughts on the Dragons, they’re not many. My reading speed this year has been severely compromised by nonstop work.

Nope… that’s it. That’s all I have. Most of the others that I mentioned for the Planetary award aren’t available for the Dragons — they were too early in the year. Karl’s book came out in September, a week after my own novel, so I know he’s eligible.

Since Larry Correia doesn’t want it, I don’t have anything offhand. The only fantasy that I recall reading offhand in the last year has been Monster Hunter Files. That’s it. I think I read Terry Goodkind’s The Nest, but that’s from a few years ago. I’m starting to wonder how much fantasy I actually read boils down to “Jim Butcher,” now that Carrie Vaughn has stopped publishing her Midnight Hour series.

If you want a suggestion from me … perhaps Good to the Last Drop if you want it for fantasy instead of horror? Please, by all means, drop suggestions in the comments. The discussion would be nice.

The Awful Truth About Forgetting (Rachel Griffin, book #4)…. seriously, can we get Jagi an award for this series already?

I want to say David Weber. But I suspect that this might sooner go to Timothy Zahn for the Honorverse prequel novels. Just a guess. Even Ringo is out of the running this year, as he hasn’t come out with anything.

…. Someone tell Lou Antonelli to hurry up and finish his sequel to Another Girl Another Planet already? Other than that…

Okay, I may have a good one for this soon, as soon as I hurry up and read Hans Schantz’ Hidden Truth series– more specifically, book 2, A Rambling Wreck. It came out at the early end of the eligibility deadline. It’s three down in my reading pile, so I hope to have a review soon.

Well, this is an entirely new category. This was probably created as a good way to avoid having a flood of Star Wars or Star Trek books flood a category.

What I would like to happen is to nominate Timothy Zahn’s Thrawn book. But Thrawn: Alliances is coming out on June 26th, which is hardly enough time for people to get it, read it, and vote. Hell, a lot of people are going to have already voted by then.

But now that we have a Media Tie-in category, can we have a best comic book movie now? That way it’s not a Marvel Vs DC knock down drag out every year?

As usual, I have nothing. The only horror I go near is what I write.

So, there’s Good to the Last Drop. Again. Yes, sorry about that.

Now, I could argue that Good to the Last Drop is the culmination of the previous three novels, two of which were nominated for Dragon Awards. I’ve got demons, Vatican Ninjas, vampire hordes, shapeshifters, and anti-Vampire “civilians” (a collection of police, street gangs, and the Mafia, because welcome to New York, you bloodsucking bastards).

Personally, this might be more Urban Fantasy than horror, but the last two were in horror, so I guess no one at the Dragon Award committee objects.

Again, if you have something for this category, let us know in the comments. You think I’m kidding?

Remember when I said that your suggestions are greatly encouraged? This is why. I am so far behind on both of these categories, don’t even ask me.

I should stress that these are two different categories.

The Orville. No, nothing else, just The Orville. Lucifer has gotten better, but it wasn’t as good as Orville at its best… At its worst? It’s just mediocre. But those are only two episodes that made me wonder what was going on with Seth MacFarlane at the time. The other 11 or so were pretty good. And yes, one of those was the terrible and cliche season finale.

Other eligible titles, but nothing I’m going to make a real fuss over include…

The Punisher I haven’t seen it yet, and the reviews are so, so mixed.

Arrow … The only DC show I’m still looking at, but I don’t think it’s earned it this year.

iZombie? Last season was okay, but the ending was just so out awkward, it left me with a bizarre aftertaste.

The Last Jedi: Hell no.

Spider-Man: Homecoming … not out of the realm of possibility.

Bright … I don’t think was that good. It had some nice worldbuilding, and a lot of great little touches, but they could have cut 15 minutes from the film and missed nothing. In fact, they would have done so much better had they used that time to build up the story better. It was a nice tv pilot.

This is a problem when you have so many games doing loot boxes that I have urges to just spike this category entirely.

There are, of course, Persona and Yakuza games that came out this year…. just don’t ask me when. and Nier: Automata I’ve heard great things about, but it came out in January or February, and thus aren’t eligible.

So, if you liked any of these, look up on the release date and make certain I didn’t just suggest something that came out too early.

Middle Earth: Shadow of War: Yes, I liked the mobile game. Move along.

Another category I’m useless in. Alfred is also more useful here than I am.

Anyway, the Dragons are coming. Knock yourself out.

And again, do you have something that came out last year that you’d really want to see on this list? What are you thinking about voting for? Please let us know.

Declan Finn is the author of Honor at Stake, an urban fantasy novel, nominated for Best Horror in the first annual Dragon Awards. He has also written The Pius Trilogy, an attempt to take Dan Brown to the woodshed in his own medium -- soon to be republished by Silver Empire Press. Finn has also written "Codename: Winterborn," an SF espionage thriller, and it's follow-up, "Codename: Winterborn." And "It was Only on Stun!" and "Set To Kill" are murder mysteries at a science fiction convention.
View all posts by Declan Finn →
This entry was posted in Analysis, Commentary, Fantasy, Fiction, Horror, Science Fiction and tagged DragonCon, John Ringo, Larry Correia. Bookmark the permalink.