A New Pius Deal and the Return of A Pius Legacy 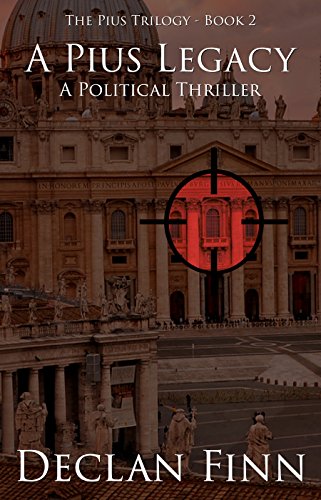 Right now, A Pius Man, book one of The Pius Trilogy is out for $.99 on Kindle (free on Kindle Unlimited).

Most importantly, A Pius Legacy is now out for preorder.

For those who are new here, The Pius Trilogy is the Catholic answer to Dan Brown– only I have facts instead of fantasy, footnotes instead of vague assertions of historical accuracy, and stories that are not only ripped from the headlines, but ahead of the headlines.

In A Pius Man, seven strangers came together to kick ass and take names in a battle against those who would destroy the Catholic church, and any who supported them.

In A Pius Legacy, we deal with blowback. There are messes to clean up, airplane hangars to reconstruct, legal affairs to sort, a case to be made to the UN, men to bury, and bullet holes to patch.

When the case in “international law” is turned around, and old lies come back to haunt our heroes, they must once again hold the line against the forces of darkness that threaten to overwhelm all they fought for in APM.

Then the Pope is kidnapped, and the fun really begins.

So, get A Pius Man now, and finish it by the time your preorder of A Pius Legacy comes out.