Posted on January 23, 2017 by Declan Finn
On the one hand, this show has improved since last season. Last season, the writing was so uneven, some episodes were great, and some felt like they were a failed writing class.
…. Yes, I am ignoring the episode in the American South during the Civil War. For anyone who thinking that American Slavery was “the worst of humanity,” then we should have a conversation about the Holocaust, Joseph Stalin, Mao, Pol Pot, and Middle Eastern Jihad. 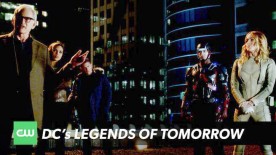 While watchable, this season needed more focus. They’ve wandered all over the place, and they needed to better point out that they knew where they were going .

There is a problem with the lack of Captain Hunter this year. I understand actor Arthur Darville is busy elsewhere. But really, we needed a steadier hand at the helm much sooner. Sarah Lance as Captain is awesome, but the crew needs work.

I was also disappointed that Stargirl happened, then the Shade happened on the Flash. Both were elements of James Robinson’s Starman run, and I think they just shut the door on that ever happening.

I’ll be sticking with this show, mostly because their midseason finale revealed that, yes, they do know where they’re going. Also, they keep having cameos by Snart, and promise to bring him back.

Right now, their strength this season is by reusing bad guys, and in a way that makes it reasonable to bring them back. Granted, the time travel bit is getting a little confusing (Wait, you killed a guy because you’re going to fight in constantly in his future … but if you kill him now, why should he ever run into you ever again? Huh? WATCH SOME DOCTOR WHO.) And the image of Damian Darkh, in the 80s, in Miami, wearing something out of Miami Vice was hilarious.

The best part of this series, and perhaps any of the Berlantiverse this year, has been the massive four-way crossover.

Yes, I’ll review that now. Because why not?

The Supergirl part was the weakest of them all, because one, it’s Supergirl. Two, you could have skipped it and just gone to The Flash. And that was a massive misstep. That episode of Supergirl had a bioweapon that could target and destroy any alien that wasn’t from Krypton. The smart move would have been to bring that back to the main Arrowverse and just kill the aliens. But they didn’t. And thus the episode was as irrelevant as the show is. Maybe they figured there was so little overlap between the Supergirl and The Flash audience that they couldn’t risk making it relevant.

The Flash episode could have been better, especially after a contrived reason for “let’s make everyone pissed at Barry.” Granted, the scenes between Oliver and Barry that it produced was fun, but that’s all. They went through a lot of contrived loops to make it so that Barry and Oliver were isolated, so they could do some — admittedly awesome — hero on hero violence.

The Arrow episode was a good 100th for the show …. it just didn’t really do much for the story arc

And their episode for Legends was pretty darn good.

But 2.5 good episodes out of 4? Not a good batting average.

Arrow and Legends either need to cut the deadwood adrift from the rest of the universe, or the other shows need to be fixed before then.

And, I can say without any shame at all, you’re better off reading any of the following books.

And if you have read them already, please leave a review. 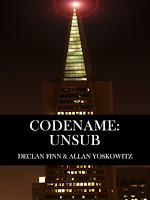 Declan Finn is the author of Honor at Stake, an urban fantasy novel, nominated for Best Horror in the first annual Dragon Awards. He has also written The Pius Trilogy, an attempt to take Dan Brown to the woodshed in his own medium -- soon to be republished by Silver Empire Press. Finn has also written "Codename: Winterborn," an SF espionage thriller, and it's follow-up, "Codename: Winterborn." And "It was Only on Stun!" and "Set To Kill" are murder mysteries at a science fiction convention.
View all posts by Declan Finn →
This entry was posted in Fiction, Reviews, Superhero, Uncategorized and tagged Legends of Tomorrow, Superhero. Bookmark the permalink.

2 Responses to Midseason Review: Legends of Tomorrow and Invasion!