Game So As to Win: What is Competitive Gaming? 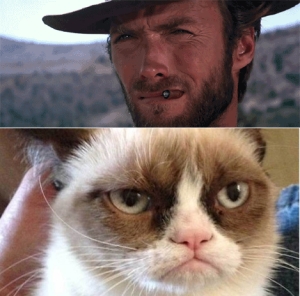 A hulking man in an orange military uniform squares off against a blue-clad Chinese kung fu artist. A horde of undead marshals an army against a force of wood-elves. A band of five warriors (who all look completely different and have a wide spread of powers and techniques) square off against a similarly diverse band, fighting against one another amidst a sea of minions. Two wizards cast devastating spells at one another and summon minions of all types. Two ancient tactical masters deploy their pieces across a starkly-decorated board, seeking to envelop one another.

And that’s what competitive gaming looks like! (For the curious, that was Streetfighter, Warcraft, League of Legends, Magic: The Gathering, and Go.)

I’ve been playing games of all sorts for a while; competitive gaming is something I’m only starting to get into. People who aren’t familiar with it tend to be intimidated by it, dismissive of it, irritated with it, or (very rarely) intrigued by it. So why do I get so hyped about it?

Definition Time
We’ll get the super-technical definition out first: competitive gaming is any type of regular activity centered around a game that people seriously compete at. Chess tournaments, poker, even sports like baseball and football. That’s not a very useful term right now, because “competitive gaming” tends to get used in much narrower contexts. Here, I’m going to focus on a much more niche aspect–mostly digital competitive gaming, with some dips into less-mainstream analogue competitive gaming. It shares a lot of common ground with the definitions I’m putting forward anyway, but it’s easier to talk about because it’s a much smaller slice of the pie. Also, it’s geekier.

Competitive Examples
So, what do competitive games look like? Let me throw some out there to give you an idea.

In Heroes of the Storm, two five-player teams control characters from different Blizzard Entertainment franchises (like World of Warcraft, The Lost Vikings, and Diablo). Each character has unique combat abilities and different roles, and your objective is to destroy the other team’s base by knocking out their characters, destroying the towers along the way, and eventually busting down their Core. Successfully winning a match means coordinating with your teammates, understanding the other team’s strategy and likely actions, and knowing when to push aggressively, when to fall back, and when to vie for advantage on the special bonus-granting objectives that appear on the map.

Yomi is a card game inspired by arcade fighters like Streetfighter, Guilty Gear, and Tekken. Two players face each other, playing flashy combat moves at the same time, dealing damage and trying to cancel or counter their opponent’s moves by guessing right. There’s 20 characters you can play as, and each character brings a unique feel to the game. To do well in Yomi, you have to understand your own options, manage bad hands, and know what your opponent’s best options and likely plays are–then you can move on to spotting trends and tendencies they exhibit in play, a skill that fighting game communities call “reading”. (You can find out more about this aspect of fighting games by reading this article.)

A venerable staple of competitive gaming, real-time strategy games like Starcraft put the players in the role of military commanders. (Sort of. There’s no concept of “chain of command” in a real-time strategy game beyond “I directly tell my minions what to do”.) Players create buildings (like barracks that produce military units, defensive towers to protect their base, and specialized buildings that give upgrades to your army) and amass forces to try to destroy their enemies’ bases. These games are famous for requiring a heavy amount of multitasking, as you coordinate your base and make split-second decisions on what to build, but you also have to figure out what your opponent’s strategy is, and build a strategy that minimizes their strengths.

All of these games have in-depth gameplay that you have to learn, vibrant characters and worlds that you play with, and they hinge on understanding how your opponent’s playing the game. You’re constantly being asked to make decisions–whether it’s figuring out which buildings to construct first, which targets to prioritize, or which moves to hit your opponent with. And because your opponent is doing the same thing, you have to figure out which decisions they’re making, and how to exploit those decisions, while they do the same thing. And then you have to determine if they’re countering your exploits, and whether you need to counter that…

Wait, I’m Out of Time?
Er, yes, at this point, that’s probably enough for a primer post. Like you can see, there’s a lot of cool things about geeky competitive games. You’re doing cool stuff like throwing around lightning storms, calling hordes of space marines to your aid, or crushing your enemies with a big sword. At the same time, you’re having to learn a sometimes-complicated game well enough that you can master it better than others. For the thinky geek, it’s a sphere of gaming that has a lot to offer, and that’s what I’ll be talking about next time, where I come back to my four big points at the top of this article.

Wrapping it up for now, I’ll just say that competitive games are really fun, and there’s a lot I love about them that you can’t get with more casual gaming. I’ll get back to that next post, and that’ll give you something to look forward to.

3 Responses to Game So As to Win: What is Competitive Gaming?