Game So As to Win: Why Competition is Awesome

Last week, I did a post about competitive gaming, as an introduction to the concept. Hopefully it helped give you some context for the future, because this time around I’m talking about some questions I left unaddressed last time around. All part of the plan, I assure you. 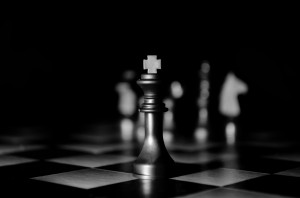 Let’s start with a brief recap. I mentioned four big points last time around, and those are the points I’m going to cover, now that I’ve given you some context for competitive gaming. Here’s those four points again…

I get excited about competitive gaming because…

Some of these might make sense. Some of them may not. Hopefully I can bring everyone up to speed on all of them. So, let’s start at the top, with #1!

Competitive Gaming is Fun
There’s two parts to the fun of competitive gaming, for me. The first bit is easy to understand: it’s the fun of playing a game. I get to learn how the game works, then how to play the game and make all the parts come together to support whatever my objective is, whether that’s building an economic juggernaut, raising a massive army, or knocking my opponent out of the game. Mastery is one part of this fun, but so is getting to play around with the elements of the game. I get to make tricky decisions and form a strategy, and that’s a very enjoyable part of gaming. It’s likely what most people think of when they imagine the fun you get from playing a game, but it’s not the only part. The second part is the competition.

That’s a little foreign to some people. Often, competitiveness is seen as aggressive or sometimes unscrupulous. We suspect the person who’s driven by a desire to win, because we associate that mentality with a willingness to disrespect the game in order to achieve victory. I guess that technically counts as competition, but that’s not what I associate with the concept. To me, competition is the complete opposite: an aggressive spirit of playing with absolute respect for the game itself, without compromising your own mastery of the game. You play well because you want to win, but that’s not exactly the ultimate goal. To put it another way: you’re not trying to win to prove your superiority, but because you love the game enough to want to play it as it should be played.

That’s what I really enjoy about competitive games. They’re not just games (which I already enjoy); they’re games I can strive at, games where I can struggle with an opponent. The Greeks called this concept agonia, although they had something a bit more intense in mind than a tight game of Chess. The idea still has merit, though: there’s a sort of virtue to a hard-fought battle, and you can’t replace that feeling with any substitutes.

Competitive Gaming is a Brain Workout
Now this part should be a little more self-explanatory. Competitive gaming isn’t just about learning to play a game well, it’s about learning to outsmart the other player(s). There’s a particular pattern to competitive games–they’re always built in layers. The initial layer is the one where you’re just learning how the game works, and how to play the game. It’s where you have to internalize the way to effectively play, whether that’s knowing how to build up your base in Starcraft or how to execute moves in Streetfighter. A lot of people wind up playing in this layer, because it’s the first one that anyone runs into–and it takes a lot of practice to move beyond.

The next layer is the one where you can tactically use the things you learned in the first layer. You start making choices, figuring out that Option A is a better choice than Option B in a particular situation. In the previous level, you were still learning how to do Option A and Option B; now, you actually have the option of choice, instead of vaguely flailing around randomly as you mash buttons. You can act with purpose. But that only takes you so far.

It’s the final layer where the game really comes alive. You know it well enough that you can develop an understanding of long-term strategy, including thinking like your opponent. And that’s where the brain workout really comes in. You find yourself in situations where there’s no clear reason to choose Option A or B, except that one of those options will be much, much better depending on what your opponent’s planning. Now you have to understand the situation from their perspective, and do your best to outplay them by finding ways to figure out what they’re up to–and ways to mislead them about your own plans!

Then you have to realize that they’re doing the same thing.

Winning With Good Play is Fun!
It’s one thing to be satisfied by playing a game well. You know that, finally, you can start to understand how all the little pieces come together, how you can stop guessing at what you’re supposed to do and finally put things together. You can concoct a plan, and actually follow through on it! When your gameplay starts feeling like a well-oiled engine, that’s something to be proud of, and it’s a great feeling.

Now take that and apply it to a game where you’re scheming and plotting against a real, thinking human being. Imagine pitting your wits and will against theirs, contesting them through a game, testing not only who can play the game better, but who can outplay the other. Making a clutch decision is great, but making that clutch decision when you know another person is trying to anticipate it? Golden. It’s a hard feeling to explain, unless you’ve been in that situation–but having those magic moments of “I had an instinct about them, and I followed it–and it worked!” is nothing short of fantastic.

Losing to Good Play is Fun!
And this is the one that some people will probably be completely befuddled by. How could losing be fun? I mean…you lost! I think the answer to that draws on something I said earlier: a good competitor is one who respects the game and their opponent, and plays the game because they love it. When you look at it in that light, I think it becomes a lot more obvious. Sure, winning is part of it, but sometimes it doesn’t matter who wins.

If you square off against an opponent, and they get you good, they outplay you with a masterful stroke…sometimes you just have to sit back and give them a hand, because they’ve fought well and earned that win. I mean, you made them fight for it, right? Because you love the game and respect your opponent, that’s where all the admiration comes from. You can have fun and be glad because it’s still exhilarating to play a good game and still lose.

Because even though competition is central, that doesn’t mean victory is all-important.

(Winning is still pretty neat, though.)

This entry was posted in Gaming and tagged Competitive Gaming, Online Gaming. Bookmark the permalink.

1 Response to Game So As to Win: Why Competition is Awesome