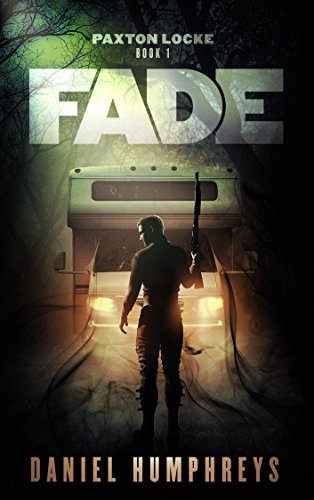 With the novel Making Peace, I noted that I found the successor to Terry Pratchett.

Now, it seems I’ve tripped over the spiritual successor to Jim Butcher.

Where the hell have all of these people been hiding?

Yes, yes, I know I’ve been busy with building my own damn shelf of novels, but this is ridiculous now. These people are some awesome writers, and I’ve been hip deep in writing my little heart out.  Gah. It’s a bit frustrating.

Time for a ghost story.

Son of a Witch

When a terrified ghost warns him of a dangerous, newly-freed entity, Paxton faces a fight far beyond simple exorcism. In a battle for his very soul, will he be able to endure – or simply fade away?

Frankly, the last line isn’t branding. It’s fairly accurate …. and despite having his own family drama, Paxton Locke is no where near as angsty as the Winchester brothers, whose own angsty bullshit killed any interest I had in Supernatural, no matter how good the plots were.

Let’s skip to the short version: This is NOT a Dresden knockoff, but he is most certainly a successor. He wanders like the Winchesters, has a motorcycle like half of 80s action heroes, and an RV like … no one. No one has an RV. At least no one who comes to mind.

And sure, there are a lot of similarities between Dresden and Locke. Locke is a snarky sumbitch who uses a lot of quips and media references, as well as guns. Hell, he even gets beaten up like Dresden, though Locke is much better at fixing himself. But that’s about where the similarities end…. Also, the first client in the novel is a woman named Shirley Jackson, and her house is haunted.  Did I mention that the author is also a smartass? Heh.

“I take quite a bit of pleasure in sticking my thumb in fate’s eye whenever possible.”

But seriously, I’ve read Dresden knockoffs. Like Kevin Hearne … seriously, fuck that Iron Druid shit. That crap was terrible. THIS is the descendent of Harry Dresden.

I like his magic system. When it comes to most of these, I’ve never really noticed or felt a cost for the magic in each system. With Harry Dresden, a wizard is literally a different species from humans. Here, the magic has a concrete cost that has echoes and impacts on our hero, and other people can see just how much it costs him. I even like his concept of ghosts, where they are less the soul of the departed and more like the echo of the pain and suffering they went through as they died…. usually in terrible, horrible ways. I even like the grimoire.

“There are way too many ghosts standing on the side of the road, glaring at traffic. I’ve long suspected … that they’re responsible for those mysterious pieces of rock that tended to hit you out of nowhere when you’re driving along. They can’t all be from dump trucks.”

Oh, yes, and the evil mother? Adjunct professor of cuneiform studies at the University of Chicago. Also, she was an evil vegan, which I know is redundant, but still. If you thought that Harry Dresden had family issues? Mommy dearest is freaking evil. And she has fan mail.

The ending …. was a wonderful setup for book two, setting up a villain and introducing new elements to be explored in the next book. Including one thing that I always noted that Harry Dresden seemed to lack — more than just a local interest in magic. (Seriously, Jim, if you’re reading this, does everything go to Chicago? No where else in America? We’ve had magic destroy entire buildings in odd and bizarre ways, and no Feds have ever put two and two together?) Like Larry Correia’s MHI series, the Feds know there’s magic afoot. But they get developed more in book two.

When I read Harry Dresden, if I didn’t have a three in one volume, I never would have finished the series. Fade is book one of the series, and it’s better than Storm Front or Fool Moon by Butcher. Unlike those two by Butcher, when I finished Fade, I was ready and rearing to go on book two. Granted, Butcher’s magnum opus is better, if only in metric tonnage, but give Daniel equal time in terms of decades, and we’ll see how they go toe to toe.

If I had read this book when it came out, this would have been my nominee for best fantasy at the Dragon Awards. And he would have earned every last vote. I’m only pissed off that I can’t nominate book two for next year, since it came out on the wrong side of the deadline.

If you don’t believe me about how awesome this is, read Fade and prove me wrong.

And, while you’re at Amazon anyway getting Fade, my upcoming novel Hell Spawn, is out.

Declan Finn is the author of Honor at Stake, an urban fantasy novel, nominated for Best Horror in the first annual Dragon Awards. He has also written The Pius Trilogy, an attempt to take Dan Brown to the woodshed in his own medium -- soon to be republished by Silver Empire Press. Finn has also written "Codename: Winterborn," an SF espionage thriller, and it's follow-up, "Codename: Winterborn." And "It was Only on Stun!" and "Set To Kill" are murder mysteries at a science fiction convention.
View all posts by Declan Finn →
This entry was posted in Fantasy, Fiction, Reviews. Bookmark the permalink.