The Dragon Award nominated Honor at Stake is Undead Once More 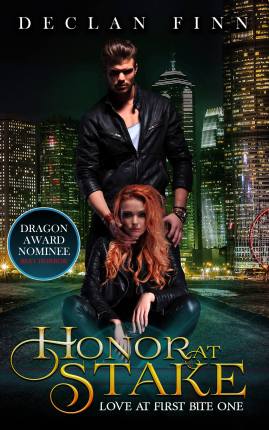 You’d think with all my experience on Twitter, I’d have more pithy titles.
Anyway, yes, Honor at Stake is back. The Award nominated book is possibly the best thing I’ve ever done. If you don’t believe me, look at the sixty-seven customer reviews.  That’s right, sixty-seven. Screw you, Goodreads.
This is, of course, just the beginning as we build up to the release of Good to the Last Drop in August, to (hopefully) dovetail with the Dragon Award nomination.

I figure that after book one got nominated, and book three got nominated, book four is a shoe-in. But here’s hoping. (You can make that a reality by clicking here and filling out the nominations ballot).

If you’re new here and you’re wondering “What the heck is he boasting about?” …

The first thing I should tell you is that I’m not boasting.

We won’t go into the street gangs, minions, the mafia, cops versus vampires, or when the FBI and the CDC get involved.

And that’s just the first half of the first book.
I won’t even mention what happens in the second half.

A 2016 Dragon Award Nominee for Best Horror Novel!
One is a heartless, blood thirsty killer. The other is a vampire.

College freshman, Amanda Colt knows few people and wants to know fewer still. She enjoys fencing and prefers facing a challenge every once in a while. She is beautiful, smart, and possibly the most interesting person on campus…and most people stop after the first adjective.

Then she finds Marco Catalano in her fencing class. He is tall, attractive, and very intense. With a mind like a computer and manners of a medieval knight, he scares most people. Except Amanda.They both have secrets, for they are both monsters.

As they draw closer, they must find the line between how much they can trust each other, and how much they can care for each other. Each carries a secret that can destroy the other. They must come to grips with their personal drama soon, because a darkness is rising. Bodies are turning up all over New York, and an army of vampires is closing in on all sides.

They have only one hope … each other.

And of course, it gets better. Coming in June, Demons are Forever. Formerly called Murphy’s Law of Vampires. Why the name change? Because it fit better on the cover, fit better with book three (Live and Let Bite), and because it’s cooler. 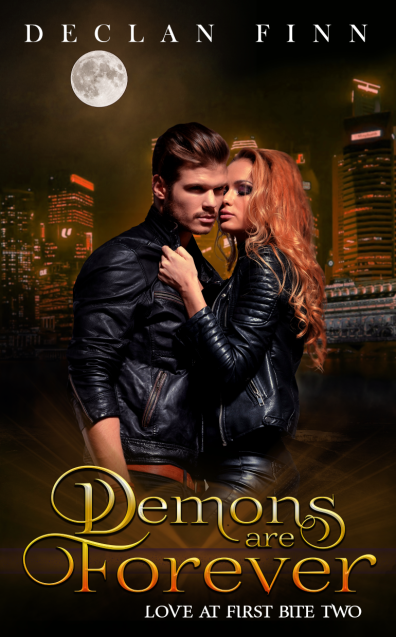 The only reason that this wasn’t nominated for a Dragon Award was that I asked everyone to fire for effect on book three, Live and Let Bite (which will come back in July)

This is going to be awesome, and we are going to kick so much ass this isn’t even funny.

After you buy Honor at Stake ($.99 for the rest of today, Tuesday, May 8) to see the awesome rewrites and edits made to it, as you wait for it to download, vote for Good to the Last Drop in the Dragon Awards.

This will be epic.

Declan Finn is the author of Honor at Stake, an urban fantasy novel, nominated for Best Horror in the first annual Dragon Awards. He has also written The Pius Trilogy, an attempt to take Dan Brown to the woodshed in his own medium -- soon to be republished by Silver Empire Press. Finn has also written "Codename: Winterborn," an SF espionage thriller, and it's follow-up, "Codename: Winterborn." And "It was Only on Stun!" and "Set To Kill" are murder mysteries at a science fiction convention.
View all posts by Declan Finn →
This entry was posted in Fiction, Horror, Personal Posts, Romance and tagged vampire. Bookmark the permalink.