This is going to be creepy as Hell.

…. Ahem.  Anyway. Possible spoilers ahead — spoilers for the comics, anyway, not sure about the tv show.

So, in Marvel Comics earlier this century, they had a Marvel “Max” line — mature content. No nudity, but certainly rated R … well, R-ish.  One of the headline titles was Alias — no, nothing to do with the TV show of the same name with Jennifer Garner (how’s that for 6 degrees of Marvel?).

Anyway, Alias focused around, surprise, Jessica Jones, a former superhero who was now a PI. She’s a drunk, she’s self-destructive, in a meaningless “purely physical” relationship with another hero, Luke Cage, just so she can feel something, (in quotes because they end up married with a kid by the end, if I recall correctly), and she’s a borderline basket case.

In short, she’s the poster girl for PTSD. What happened? What could destroy a superhero?

No, it’s not the dumbest villain name in comic books — I think that belongs to the Condiment King (yes, really) — but Kilgrave has two characteristics.  1) Yes, he’s purple. 2) He has mind control powers.

And, as  you probably noticed in the trailer, Purple Man’s favorite trick is telling other people to kill themselves.  Originally a Daredevil villain, Kilgrave makes Hannibal Lecter look downright charming and friendly.

And when she was a superhero, Jessica Jones was held captive by Kilgrave for over six months. Because he was having “fun.”

And that’s how the comic book opened. With the full-blown PTSD aftermath.

So, if you were casting someone who could kill you by talking to you, who would you pick? Every time I asked someone this question, I was told “Vincent D’Onofrio.” However, he’s playing the Kingpin. 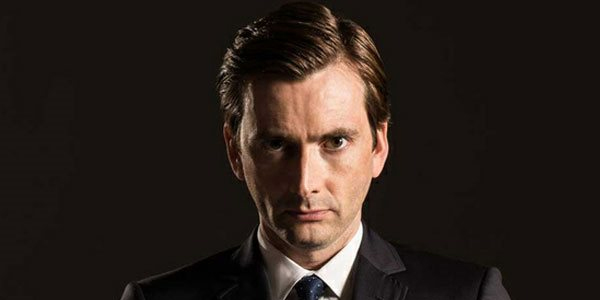 Is there a Doctor in the house?

Yes, that’s right, David Tennant, possibly everyone’s favorite Doctor, will be playing Kilgrave. You might have noticed him in the trailer in a brief flash, or just heard his voice and went “I know him!”

And no, they’re not making him purple. In fact, I don’t even think they gave him directions. They just told him “Here are your lines, now make Hannibal Lecter look like a pansy.”

As much as I liked Tom Hiddleston as Loki, I think Tennant is going to be the most terrifying on-screen Marvel villain ever.

Declan Finn is the author of Honor at Stake, an urban fantasy novel, nominated for Best Horror in the first annual Dragon Awards. He has also written The Pius Trilogy, an attempt to take Dan Brown to the woodshed in his own medium -- soon to be republished by Silver Empire Press. Finn has also written "Codename: Winterborn," an SF espionage thriller, and it's follow-up, "Codename: Winterborn." And "It was Only on Stun!" and "Set To Kill" are murder mysteries at a science fiction convention.
View all posts by Declan Finn →
This entry was posted in Analysis, Fiction, Science Fiction, Superhero and tagged AKA Jessica Jones, Doctor Who, Jessica Jones, Marvel, television. Bookmark the permalink.